Home » TV & Movies » Touch Up Cup on Shark Tank: Here's what makes the paint storage container special and where to buy it % %

Touch Up Cup on Shark Tank: Here's what makes the paint storage container special and where to buy it % % 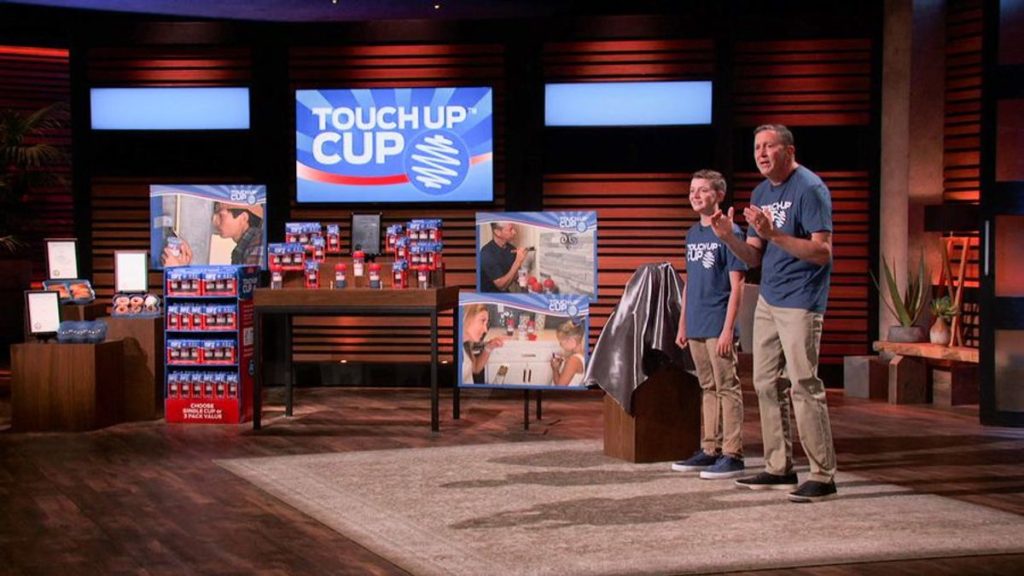 Shark Tank premieres for Season 12 on Friday and tantalizes viewers with a whole new set of ingenious inventions.

During the episode that airs on October 16, an introduction to the Touch Up Cup gave the panel of sharks the chance to get in on an impressive product that came from the entrepreneurial mind of an enterprising teen.

Two years ago, when Carson Grill was 13 years old, the Ohio-based high school freshman conjured up the idea for his invention.

Touch Up Cup is a small container that holds paint leftovers to keep the decorative liquid fresh and safe from both rusting and clumping. A stainless steel ball inside the cup allows for easy use without the need for additional stirring.

“You just shake it up, unscrew and you can use the cap for smaller jobs,” the entrepreneurial boy told Spectrum News 1, a source in his home town of Cincinnati.

In other words, as the company’s tag-line states, “Just shake ‘n paint.”

Because of all of its assets, including an air-tight seal, Carson’s invention keeps paint in working order for more than a decade.

The Touch Up Cup provides an easy solution for small paint jobs as well as spills and other messes that happen when you least expect them. To homeowners and renters who like to keep their living quarters paint jobs in tip-top shape, this product appears to be invaluable.

Watch Carson pitch the Touch Up Cup on SHARK TANK on Friday Oct. 16th at 8pm on ABC!

Watch Carson pitch the Touch Up Cup on SHARK TANK on Friday Oct. 16th at 8pm on ABC!

How did this teenager get the Touch Up Cup ready to sell?

Carson’s dad Jason told Cincinnati’s Spectrum News 1 that his son worked hard to create the Touch Up Cup – including getting ready for his invention to be made and then to be put on sale.

Jason said Carson would wait until the time was right so he could call Chinese facilities about his invention and its production. The boy also went about “figuring out logistics and patents,” stated his father.

From a lightbulb moment to the Shark Tank experience

The initial idea for the handy tool came about when Carson and his dad were touching up painted areas that needed refreshing in their home.

When they opened gallon cans of leftover paint to do the work, they found that the substance in a number of the containers had gone bad. It had rusted, was clumpy, and it smelled.

“Carson and Jason looked at each other and said ‘There has to be a better way,’”  states a blurb on the company site.

Jason said that getting ready for their product to be up and ready to deliver to Shark Tank “brought [he and his son] closer together” – a definite perk after having taken the idea to fruition and beyond.

“I don’t exactly know where the Shark Tank experience is going to lead me,” Carson said. “We’re hoping that maybe people watching the episode will buy the product, enjoy seeing the product, and then we’ll get into different retailers and stuff from there.”

Has this ever happened? Don’t get mad, just Shake n’ Paint BABY!

At this point, the Touch Up Cup can be purchased in a number of ways via a number of sources in the U.S. and Canada. Among the places already selling this invention seen on the October 16 edition of Shark Tank are Amazon, Home Depot, and Lowes.

Customers can also purchase this inventive way to use and store paint from the company store. The latter option is currently offering to ship the Touch Up Cup for free.