TRAVIS Barker showed off his tattoo tribute to girlfriend Kourtney Kardashian after his ex-wife Shanna Moakler hit out at him.

Shanna accused the Blink-182 drummer of "destroying her family" in a furious interview last week.

🔵 Read our Kardashian live blog for the latest updates 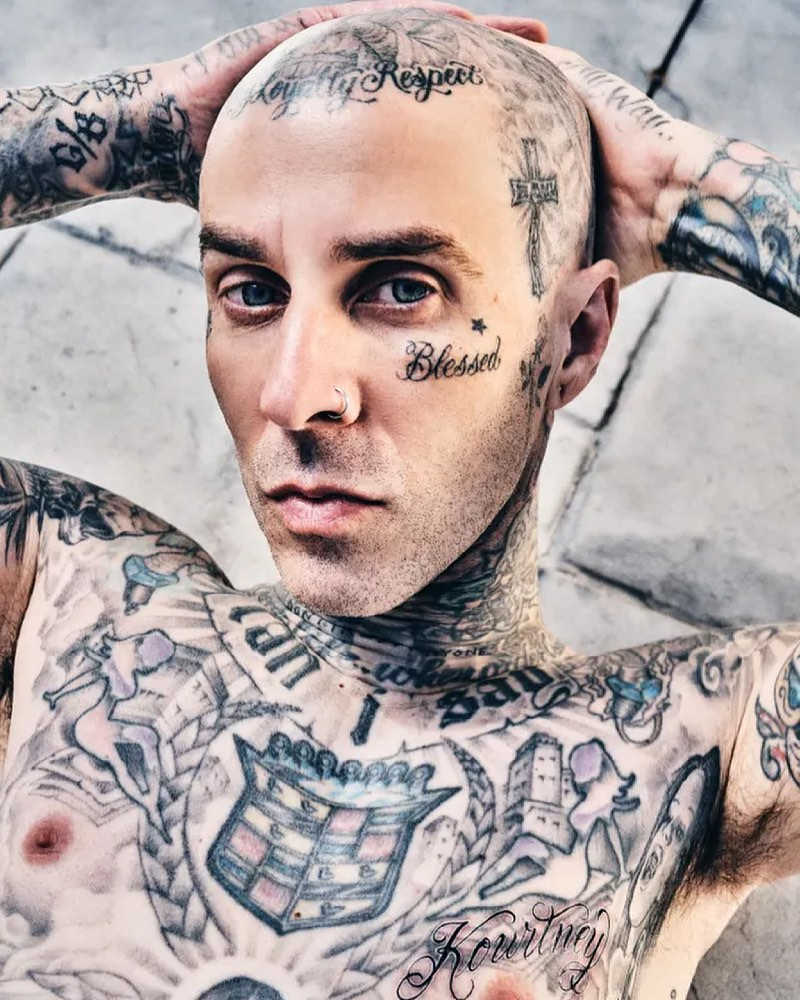 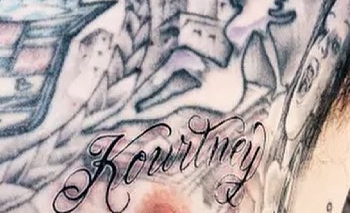 And Travis appeared to shade his ex as he shared a moody shirtless selfie on Instagram on Monday.

The musician wrote, "Leave me alone" as he displayed the inking above his nipple which read "Kourtney".

It's unclear exactly when Travis got the tattoo, although fans spotted the design last month.

Shanna told TMZ on Friday night: "My family is broken because of this family and now my kids and I are alienated from each other because of another sister in the family, so yay for me." 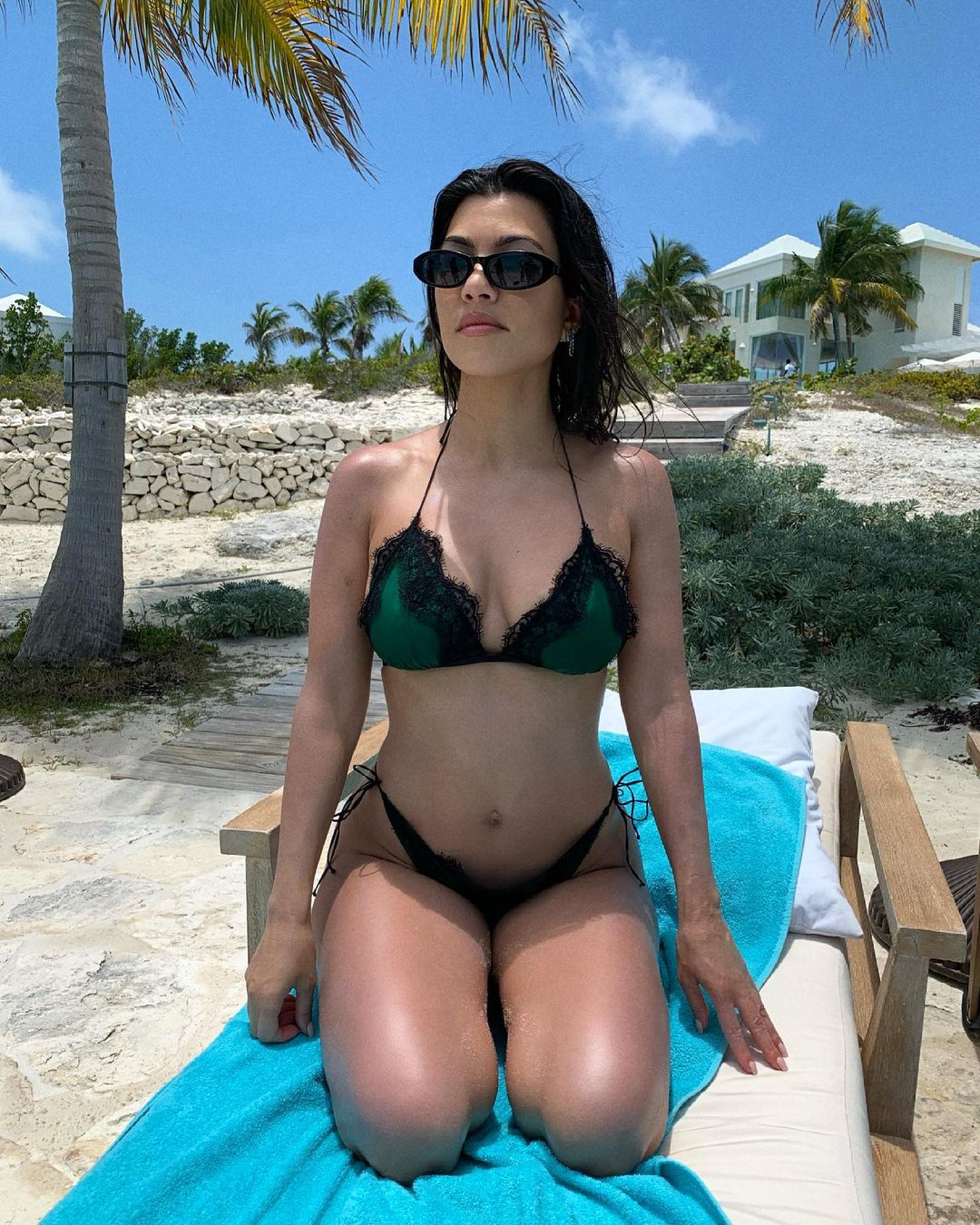 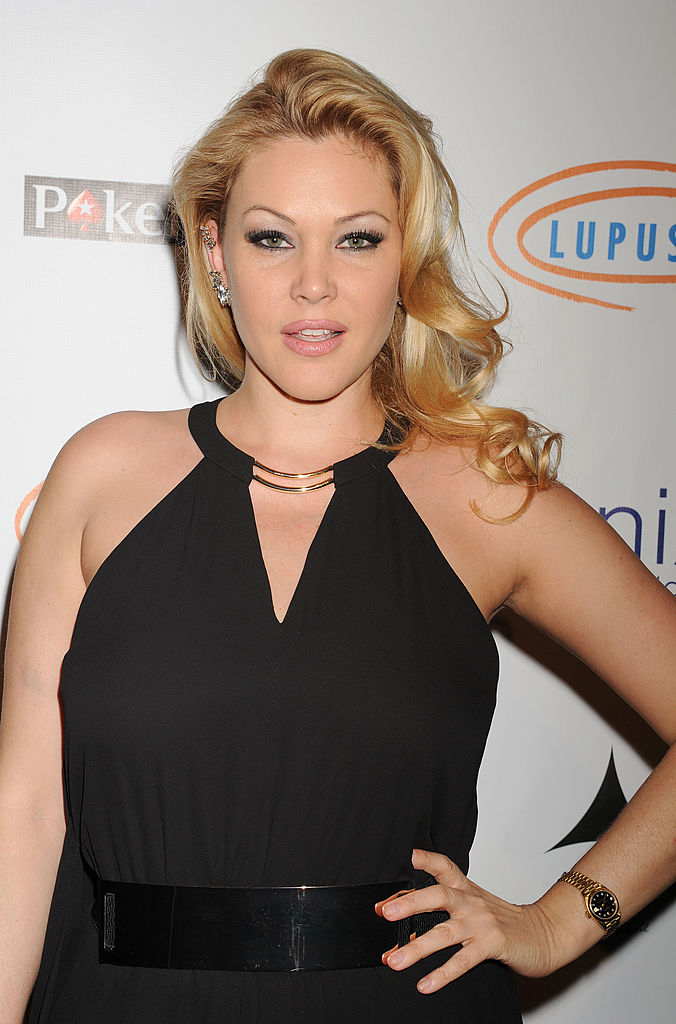 Despite claiming several times that she doesn't care about Kourtney and Travis's steamy relationship, her most recent interview proves otherwise.

When asked what she would tell Kourtney if she ever saw her, she claimed she'd say: "Thanks for destroying my family twice."

She made similar allegations against the family when she spoke to Us Weekly on Friday, claiming: “The Kardashians are buying my kids Prada every other day.

“They’re going on lavish trips. They’re doing all these things, which is fine. I think it’s nice that they’re being kind to my kids. I want that for my children.”

The former Miss USA also believes her ex’s new romance with Kourtney, 42, which became official back in February, has not been "great" on their kids.

Shanna said: “I don’t think it’s great when they put a wedge in between their biological mother.”

She also has a daughter, Atiana, with Oscar de la Hoya, but the 22-year-old lives with the Blink 182 drummer.

Landon went on TikTok a week ago and claimed his mother is not in his life as much as their father is.

Alabama ranted as well on her Instagram Stories and wrote: “My mom has never completely been in my life. Can you guys stop painting her out to be an amazing mom?

“Did your moms ask to see you on Mother’s Day [because] mine didn’t? I’m done keeping it a secret, reality shows.”

Most recently, Travis and Kourtney took the trio of kids – along with Kourtney's kids Mason and Penelope – to Disneyland and they looked like the perfect family.

Earlier this month, Shanna alleged she caught Travis having an affair with Kim, 40, while they were still married.

In a series of texts, Shanna claimed: “I’ve been legally bullied out…I’m fed up and I’m Exhausted.. Social media and the media isn’t real…I divorced Travis because I caught him having an affair with Kim!

She told Us Weekly: “He is dating her sister now, so I think that would be really weird.”

A source close to the couple revealed that Travis and Kim did not have an affair.

An insider told Page Six: “Travis and Kim have never had a romantic relationship.

“They were friends who met through Paris Hilton and that is also how Kourtney and Travis were introduced.”