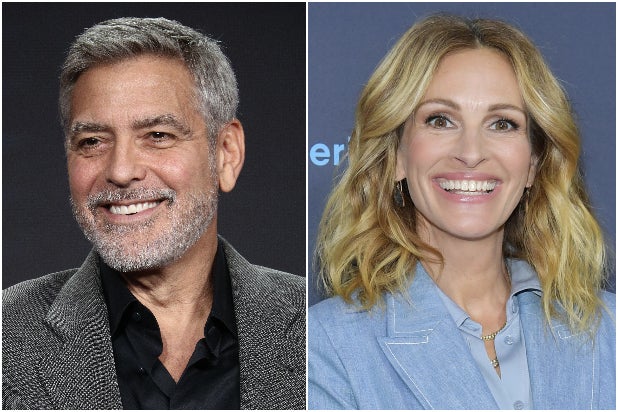 Universal will release the George Clooney-Julia Roberts romantic comedy “Ticket to Paradise” on Sept. 30, 2022, the studio announced on Tuesday.

Ol Parker, the director behind 2018’s “Mamma Mia! Here We Go Again,” will direct the film from a script he co-wrote with Daniel Pipski. Clooney and Roberts reunite on the big screen as exes who find themselves on a shared mission to stop their lovestruck daughter from making the same mistake they once made.

Clooney and Roberts previously starred together in “Ocean’s Eleven” and “Ocean’s Twelve” and last reunited for “Money Monster” from director Jodie Foster in 2011.

Tim Bevan and Eric Fellner of Working Title will produce “Ticket to Paradise” alongside Sarah Harvey and Deborah Balderstone. Clooney will also produce with his partner Grant Heslov for their Smokehouse Pictures alongside Red Om Films’ Roberts, Lisa Gillan and Marisa Yeres Gill.

Senior executive vice president of production Erik Baiers and director of development Lexi Barta will oversee the project on behalf of Universal.

George Clooney most recently directed and starred in Netflix’s “The Midnight Sky.” Up next, he’s directing “The Tender Bar” at Amazon starring Ben Affleck and Tye Sheridan, he’s being eyed to star in a Buck Rogers movie and he’s producing a docuseries about an Ohio State University sexual abuse scandal.

Julia Roberts is starring in an upcoming Apple TV+ series from Reese Witherspoon called “The Last Thing He Told Me.” The actress will also star in a Watergate series called “Gaslit” with Sean Penn and a Netflix project with Denzel Washington.

The film will shoot on location in Queensland, Australia.