Univision released its programming slate for the 2021-22 TV season today, as part of its “Grow with Us”-themed upfront presentation. The Spanish-language broadcaster has set a mix of new and returning scripted and reality series and live “event” programming, along with news and sports.

Check out the full-season lineup below.

Highlights include the premiere of series including Las Mil y Una Noches (A Thousand and One Nights), drama S.O.S. Me Estoy Enamorando (S.O.S. I’m Falling in Love), comedy Soltero con Hijas (Single with Kids) and Turkish import Amor Prohibido (Forbidden Love) — along with such returning fare as anthology Vencer el Pasado (Overcoming the Past) and the Eugenio Derbez-created Vecinos (Neighbors), which will return for its 10th and 11th seasons. 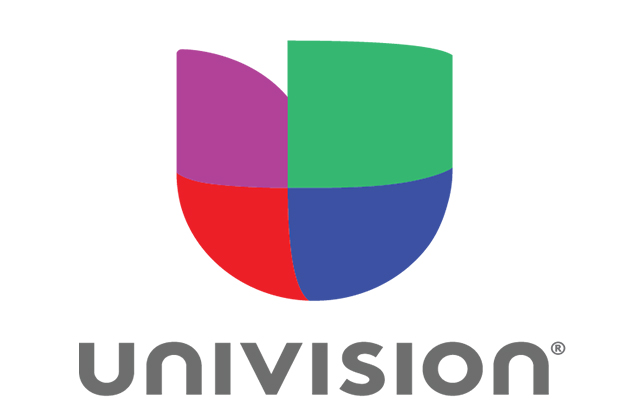 “Univision is the gateway to U.S. Hispanics and represents an untapped opportunity for brands to deliver current and future growth,” said Donna Speciale, the net’s president of Advertising Sales and Marketing. “According to Nielsen, brands not active in Spanish-language are leaving an incredible 39 percent of ad spend return on the table and are missing out on a key opportunity to speak to the consumers that are the main growth driver in these major categories. Nobody understands this audience like Univision.”

Univision expanded its portfolio this year with the launch of PrendeTV, the only streaming service created exclusively for the U.S. Hispanic audience featuring free, premium Spanish-language programming. The service has 1 million active users who spend an average of two hours a week, and it’s on pace for 5 million users by year’s end, the network said.

Here is Univision programming slate for the 2021-22 season:

UniVisionarios
Starting next fall, Univision will honor the rising global impact of our community, the pioneers, the game-changers, the Hispanic visionaries who have made impactful contributions to our community in the United States and worldwide. Spanning sports, music, food, arts, healthcare, politics, technology, and business, “UniVisionarios” will celebrate those who have dedicated their lives to helping others. Viewers will have the opportunity to vote and decide who will be named the visionaries of the year in a memorable televised gala during Hispanic Heritage Month in 2022. (Primetime – Univision).

Nuestra Belleza Latina (Our Latin Beauty), Season 12
Univision’s most popular and longest-running reality competition will pursue its most diverse season yet, as it continues its mission to build and train talented women to become the next Univision star. Looking for 360 beauty, the show will continue evolving conventional notions of beauty and discovering top Hispanic female talent. Hosted by Alejandra Espinoza, the show will explore the contestants’ fears and joys, as they represent Latinas’ real beauty, both inside and out. TV host, model, and former Miss Colombia Daniella Alvarez, who is the face of resilience and an inspiration to women across the world, will join “NBL” for the first time as a judge. (Sunday Primetime – Univision – Univision Studios).

UniMás’ Weekday Entertainment
Univision’s network will continue offering fun, action, and drama-packed reality shows this season. “Enamorándonos” will keep putting the audience in the driver’s seat as it unveils how love ignites in a daily two-hour show featuring 40 participants looking to find their perfect match. This season, “Enamorándonos” will deliver more love stories, breakups, engagements, and even on-air marriages, as well as an extraordinary opportunity for singles in various cities around the U.S. and Puerto Rico to find their other half. UniMás will also showcase new editions of its successful reality competitions “Inseparables, Amor al Límite” (Power Couple) and “Guerreros 2021” (Warriors 2021). (Primetime – UniMás – Soho Formats LLC and Televisa).

Desafío the Box (Challenge the Box)
Coming off the heels of the successful Colombian reality show “Desafío: Súper Regiones,” which aired earlier this year on UniMás, this mega-production will take place in the jungle of Tobia, Cundinamarca in Colombia. In its 17th season, 44 participants representing 11 regions will face mental and physical challenges. It’s an individual competition where one man and woman will win the final cash prize; however, they will have to compete with their team and avoid elimination to get there. (Primetime – UniMás – Caracol).

Vencer el Pasado (Overcoming the Past)
Following the success of “Vencer el Miedo” (Overcoming Fear) and “Vencer el Desamor” (Overcoming Heartbreak), the third installment of the blockbuster anthology “Vencer el Pasado” brings back another story about women empowerment. Featuring Angelique Boyer, Sebastian Rulli, and Erika Buenfil, produced by Rosy Ocampo, this family-friendly drama will feature four very different women who will attempt to leave behind some unfortunate events. After learning firsthand that what’s on social media can never be erased, they will know that they must find a solution to live their present and focus on a positive future if they want to overcome their past obstacles. (Primetime – Univision – Televisa).

La Desalmada (The Fiend)
Starring José Ron and Livia Brito, this romantic melodrama will bring love, passion, and unexpected plot twists to Univision’s primetime. Produced by José Alberto “El Güero” Castro (“Médicos,” “Por Amar Sin Ley”), the story focuses on a woman who will seek vengeance to right wrongs of the past and will run into a twist of fate. The main character, Fernanda, will be on a mission to take revenge on a man who previously hurt her physically and emotionally. Unfortunately, her memories are not clear, causing her to have doubts and errors in judgment. When she meets Rafael, she falls madly in love but comes to mistake him for the man who hurt her. As time goes by and her memory clears, she realizes that his father, not he, ruined her life. (Primetime – Univision – Televisa).

Los Ricos También Lloran (The Rich Also Cry)
Following the success of “Cuna de Lobos” (Den of Wolves), “La Usurpadora” (The Usurper), and “Rubí,” the anticipated fourth series of “The Collection,” an anthology of timeless classics reimagined for a new generation, will premiere on Univision. Produced by W Studios’ Carlos Bardasano (“El Dragón,” “La Piloto,” “Amar a Muerte,” “Rubí” and “Como Tú No Hay 2”), this drama features Mariana, a bright and humble girl who by chance saves the life of Don Alberto, a rich patriarch owner of Mexico´s greatest conglomerate empire. Thankful for saving his life and charmed by Mariana’s wit, Don Alberto offers her a job and the opportunity for a better life. Mariana’s world drastically changes when she meets Luis Alberto, the spoiled and arrogant heir that has an addiction to gambling and constantly clashes with his father. A rocky relationship between Luis Alberto and Mariana will soon blossom into a pure and strong love. This is a story where family and love struggle to prevail in a world where money, ego, and power rule all. (Primetime – Univision – Televisa).

Génesis (The Story of Creation)
This new epic series marks the return to our screens of the triumphant sword and sandals dramas. “Génesis” will take audiences to the beginning of time to tell the story of the first book of the Bible and one of the most recognized books worldwide, Genesis. Created by Record TV, the Brazilian hitmaker known for one of Univision’s most highly-rated historical dramas, “Jesús,” this biblical drama depicts the familiar stories of the creation, the Garden of Eden, Cain and Abel, Noah and the flood, and the Tower of Babel, among others. (Primetime – Univision – Record TV).

S.O.S. Me Estoy Enamorando (S.O.S. I’m Falling in Love)
This family-friendly, inspirational drama promises to melt audiences’ hearts. Featuring Daniel Arenas and Iran Castillo, produced by Lucero Suárez (“Te Doy La Vida,” “Ringo”), “S.O.S. Me Estoy Enamorando” tells the story of Alberto who will have to make a deal to save the screen-printing shop that’s been in his family for decades. The agreement that appears promising will soon fail as his “new” partners have other plans for the property it sits on. Things will get complicated, to say the least, when he falls in love with the daughter of one of the partners. The bond between them will become powerful, but they will need to overcome many obstacles to become a happy family. (Primetime – Univision – Televisa).

Soltero con Hijas (Single with Kids)
This lighthearted comedy tells the story of Nicolás and Victoria, who love and hate one another. However, life will surprise them, and they will end up forming a beautiful, funny and peculiar family next to Nicolás’ three orphaned nieces: Camila, Alexa, and Sofi. Nicolas is a PR manager in a prestigious hotel in Acapulco, and he lives a care free life; in fact, he doesn’t believe in marriage or love. A tragic accident, however, will leave him in responsible for his three nieces. Victoria Robles is just the opposite, and she wants to start a family and be a mother. However, she will have to face a crushing diagnosis that prevents her from conceiving and will cause her great pain, which deepens when Mauricio, whom she is about to marry, cancels the wedding the night before. (Primetime – Univision – Televisa).

Vecinos (Neighbors)
This beloved and fun comedy franchise will return later this year for a 10th and 11th season. “Vecinos” focuses on the lives of a group of residents in an apartment building, their relationships with one another, issues, and unique anecdotes. (Primetime – Univision – Televisa).

Amor Prohibido (Forbidden Love)
One of the highest-rated dramas of all time in Turkey comes to the U.S. on Univision’s sister network UniMás. This award-winning series will take viewers on a wild ride exploring a family’s secrets. After losing his wife eleven years earlier and isolating himself from social life, Adnan can refocus his attention on his daughter Nihal and his son Bülent. However, soon after, Adnan meets and falls in love with Bihter, who, despite not loving him, marries Adnan to get back at her mother. But Bihter becomes blinded by passion when she falls in love with Behlul, her husband’s nephew, and their secret love affair will soon affect every family member. Produced by Ay Yapim (“Amor Eterno,” “La Hija del Embajador”), “Amor Prohibido” has also achieved success in Argentina, Chile, Paraguay, Peru, Colombia, Puerto Rico, Mexico, Brazil, Bolivia, Central America and Spain. (Primetime – UniMás – Ay Yapim).

Las Mil y Una Noches (A Thousand and One Nights)
Following its success in Chile, Colombia, Argentina, Brazil, and Greece, this award-winning, internationally-acclaimed Turkish drama focuses on the troubled romance between Sehrazat and Onur. Şehrazat is an aspiring architect who is in desperate need of money to pay for the leukemia treatment of her son, Kaan. After pleading to borrow money from several sources, she is stuck with her boss, Onur, who agrees to give her the money she needs for Kaan’s treatment on the condition that she spends a night with him. This story is loosely based on the folk tales compiled in the novel “One Thousand and One Nights,” also known as “Arabian Nights.” (Primetime – UniMás – TMC Films).

La Reina del Flow 2 (Queen of Flow 2)
In the second season of “La Reina del Flow,” Yeimy (Carolina Ramirez) will face new dangers that will threaten her life and her family. A new enemy, who knows her very well, will appear to make her world crumble. From the shadows, Charly Flow (Carlos Torres) will do whatever it takes to regain his freedom. (Primetime – UniMás – Caracol).

Despierta América (Wake up America)
The No. 1 morning show, Monday through Friday, among U.S. Hispanics, regardless of language, will now wake up Hispanic America on Sunday mornings as well. Beginning this fall, “Despierta América” will bring topline news and longer-length human-interest stories across various topics from music to culture, captivating our audiences six days a week.