For the past two seasons, Netflix viewers have been left laughing and, at times, crying at Jack (played by Martin Henderson) and Mel’s (Alexandra Breckenridge) whirlwind romance on Virgin River. The pair have faced more than their fair share of challenges along the way, from unexpected pregnancies with exes to gunshot wounds, but the promo for season three shows the two’s bond will be strong than ever, with talk of a baby of their own high on the agenda. However, the third season could provide their biggest challenge to date as Breckenridge hinted at in a recent interview.

The last fans saw of Mel and Jack, Virgin River’s resident nurse had arrived at her beau’s bar to discover him bleeding out on the floor.

Jack had been shot in the stomach by a mystery assailant and Mel was left panicking to save him – having already suffered the devastating loss of her ex-husband Mark (Daniel Gillies).

His future hung in the balance but luckily, Netflix’s third season trailer for the romantic drama has confirmed he will be alive and well.

But this doesn’t mean the hardships won’t stop coming Jack’s way as he faces the task of juggling his new romance with Mel and her desire for a baby with the fact his ex Charmaine (Lauren Hammersley) is expecting to give birth to his twins. 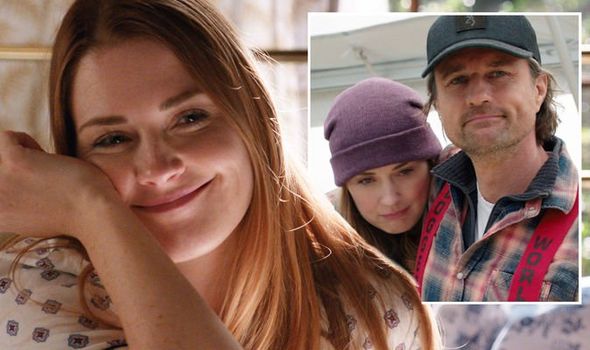 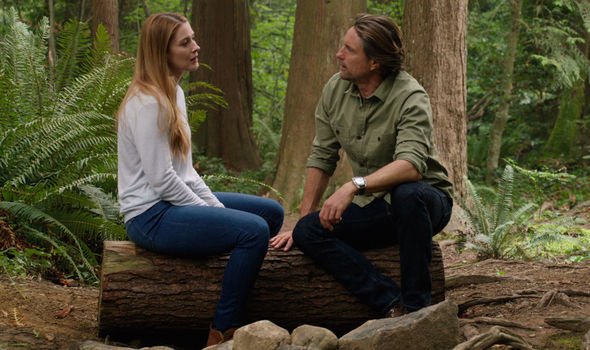 However, Mel’s desperation for a baby isn’t only hindered by Jack’s ongoing fatherhood challenge with Charmaine, but she’s also faced difficulties in parenthood before after losing a child with Mark.

Nevertheless, the promo suggests the two will give things a go – but could it all end in heartbreak?

Recent quotes from Breckenridge have fueled the theory as she mentions how much her past marriage to Mark continues to play on Mel’s mind.

“I think with Mel and Jack, they had sparks and they had such an intense attraction and magnetism to each other that it got complicated very quickly,” she began to US Weekly. 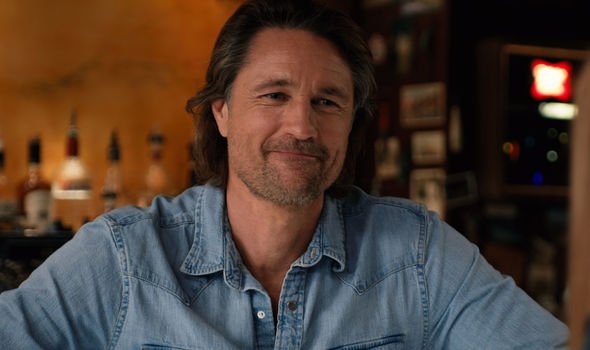 She added: “Especially because Mel didn’t want to get in a relationship with someone.”

When asked if the shooting could bring them closer, the Virgin River star added: “I think it [the shooting] was probably very traumatic for Mel considering she lost her husband.

“Which is part of the main reason why she didn’t want to get in a relationship with Jack.”

Breckenridge went on to add how Mel was “petrified” at the prospect of losing someone she loved once again.

But could this spell the end of Mel and Jack’s romance considering just how close Jack came to meeting his maker?

After all, after watching Jack bleed out and then rushed to hospital with a gunshot wound, Mel would undoubtedly be left in a state.

Mel has been wrestling with her emotions for the entire series so far and just as she left Jack in, he was shot.

And while the trailer suggests the two will continue with the romance, could these worries continue to play on Mel’s mind?

With Breckenridge referencing the trauma Mel will have felt, over the course of the third season, perhaps she’ll come to the realisation that it was too much of a close call.

Mark’s death broke Mel and to see Jack come so close to meeting the same fate, Mel could decide she can’t go through with the grief again.

Of course, Jack would try to convince Mel their love is too strong to ignore, but Mel could U-turn given the impact Mark’s demise had.

Plus, Jack doesn’t look like he’s going to slow down in his quest to find out who pulled the trigger and could put himself squarely in the middle of danger once again.

Given all these clues and Breckenridge’s quotes, it’s not unlikely Mel and Jack could go their separate ways by the time season three concludes – but fans will have to wait to find out for sure.