Virgin River fans are eagerly awaiting updates on season five but one character will not be returning to the Netflix hit series. Ricky (played by Grayson Gurnsey) left the show during season four as he took up a role with the Marines. Actor Grayson spoke to Express.co.uk about how he bonded with co-star Martin Henderson.

There were plenty of emotional moments in season four of Virgin River as Ricky had some difficult decisions to make.

He was committed to joining the Marines, even if it meant leaving Lizzie (Sarah Dugdale) and his other friends and family behind.

Wanting to follow in Jack Sheridan’s footsteps, he was keen to make something of himself.

Before saying his final goodbyes, he shared a heartfelt moment with Jack, and their bond is equally as tight off-screen.

Grayson spoke to Express.co.uk about how Martin offered him relationship advice. 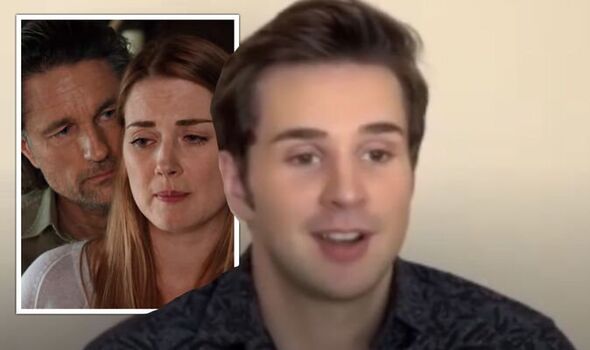 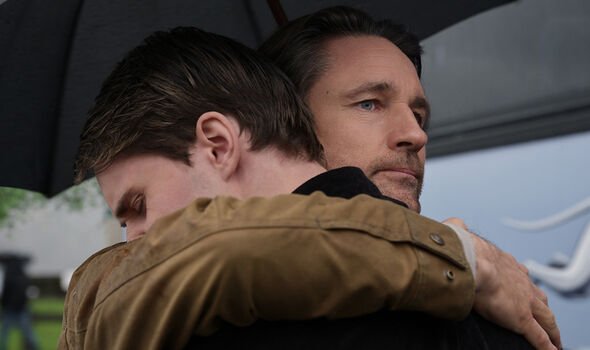 He said: “I remember all the way back in season one, it was middle of the way through filming.

“I was talking to this girl who I thought was very nice and very sweet and he actually ended up giving me a little bit of relationship advice.

“It was really sweet and kind-hearted of him, we both said never date anyone in the industry.

“But he gave me all this advice about ‘Listen, you guys have got to connect on a spiritual level’.

“‘If you guys don’t have the same personal interests in mind, don’t pursue it’.

YOU CAN WATCH THE FULL VIRGIN RIVER INTERVIEW HERE. 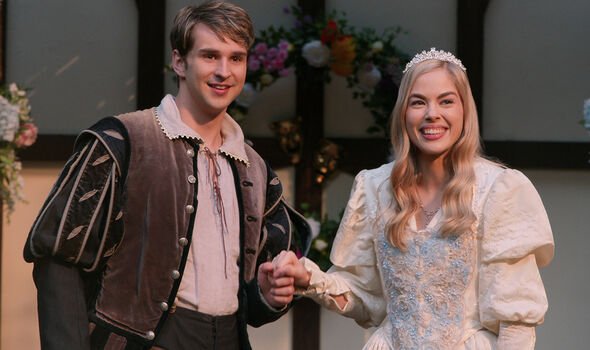 “‘Like sure, if they’re pretty that’s awesome, but there’s more to life than that’.”

The star was grateful that Martin took the time to help him out with his personal life during a busy work schedule.

“It was a very nice bonding moment,” he said. “Because people don’t generally say things like that, especially on set.

“There can be this barrier, he was so willing to give his own personal experience of dating.

“It really helped generate all the chemistry we shared throughout the seasons.” 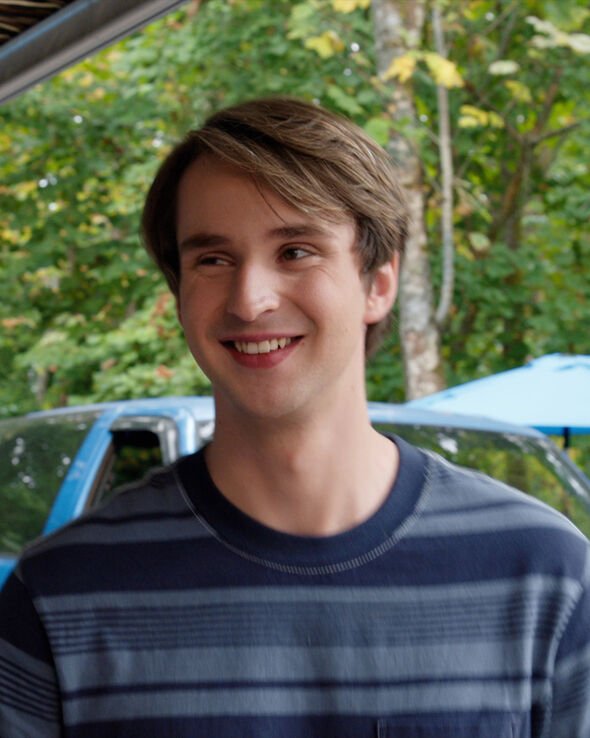 In season four, Ricky tried to rebuild his relationship with Lizzie, but she had already moved on.

He apologised for lying to her about signing up for the Marines, but this was not enough for Lizzie.

She was interested in finding out more about newcomer Denny (Kai Bradbury), despite still feeling something for Ricky.

The pair took part in a Romeo and Juliet performance during the Renaissance Fair and shared a kiss.

However, Lizzie ultimately decided to move on with Denny, seeing Ricky as a friend.

There was an emotional goodbye as the town rallied together to wave Ricky off.

Grayson confirmed he would not be appearing in season five, but there is a chance he could return in future seasons.

He said: “At the pace the show has moved he would be away for a little while, at least a season.

“So he won’t be in season five but maybe season six or seven, who knows. I’m always happy to come back.”

Virgin River seasons 1-4 are on Netflix now, with filming for season 5 underway.