Home » We Finally Know Whether or Not Katie Thurston's Engaged

We Finally Know Whether or Not Katie Thurston's Engaged

EXCUSE ME, HI: Spoilers for Katie’s season lie below! You probably know that since you clicked on this article, but just FYI if you keep reading you WILL find out her engagement status!

Katie Thurston’s season of The Bachelorette is officially happening, like, right now, and after a million years of waiting we finally know whether or not she’s engaged. According to spoiler source Reality Steve, the answer is yep! She fully is. As he put it in his new blog post:

The catch? Reality Steve still doesn’t have information on who Katie’s engaged to just yet, he simply knows that “Katie definitely got engaged at the end of this. And unless she breaks up before the finale, which I guess anything can happen, but she’s happy and engaged as we speak, so I’d expect that to last til the finale you’d think.”

Katie’s definitely doing a good job of hiding her engagement on social media, and back in April she hopped on Insta Stories and posted footage of herself on a vacation, making it abundantly clear that there’s no ring on her finger: 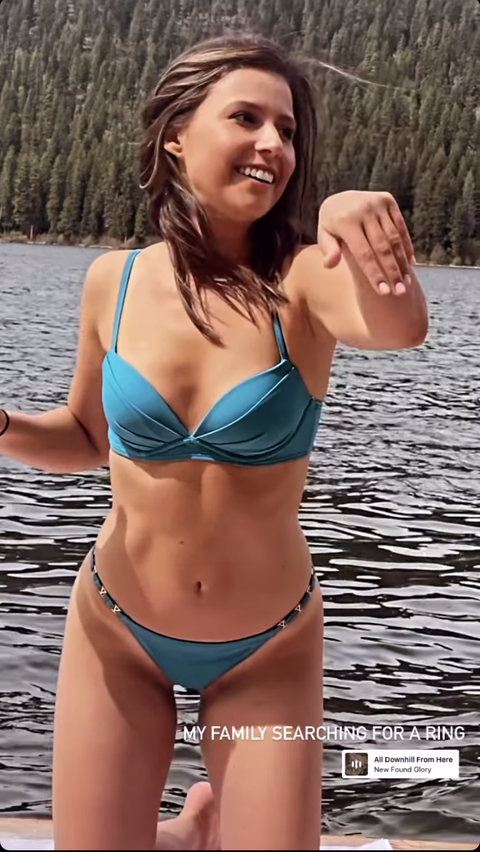