When did Sarah Hyland marry Wells Adams? – The Sun | The Sun

LONGTIME couple Sarah Hyland and Wells Adams' years of engagement caused sleuths to wonder when the two will officially tie the knot. 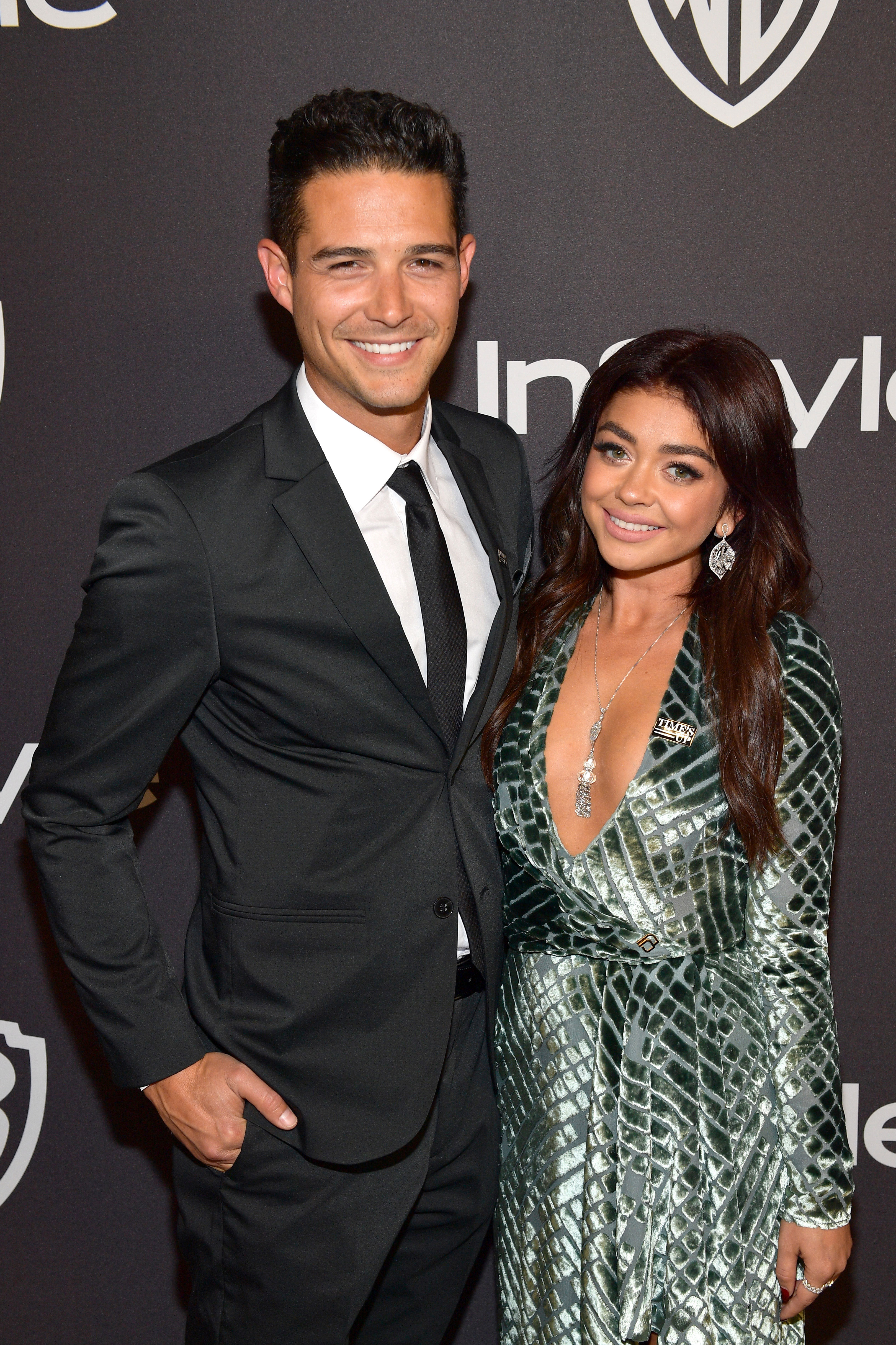 Three years after getting engaged, Wells and Sarah tied the knot on August 20, 2022.

Their wedding was at Sunstone Winery near Santa Barbara, California, in an outdoor ceremony.

Previously there were speculations about when they were set to marry. For example, on May 16, 2021, Hyland told People that she and Wells "definitely want to get married one day and have the wedding of our dreams and have everybody that we love there.

"But we postponed wedding planning because we want to be able to focus on what's important right now.

"There is a lot going on in the world right now and that's what we should be focused on."

They were supposed to tie the knot during the summer of 2020, but the coronavirus pandemic forced them to postpone the big day indefinitely.

"We were going to get married 8/20/20 and it's not happening anymore, but what can you do?" Hyland told Ellen DeGeneres.

On July 20, 2022, the Love Island host went into more detail about her and Wells' potential wedding plans and gave an insight into their together as a couple.

During another interview with the aforementioned outlet, Hyland said: "We've been celebrating this journey of life supporting one another for almost five years now.

"We own a house together, we have our dogs together, we are practical. So I don't think a lot is going to change."

Due to the actress' Instagram posts that revealed she already held her bridal shower, engagement photo shoot, and bachelorette party throughout June and July 2022, online fans speculated that the two might tie the knot soon.

How did Sarah Hyland and Wells Adams meet?

The pair met in August of 2017 during Wells’ gig as a bartender on Bachelor in Paradise.

They began exchanging flirty tweets and Sarah admitted that she had a crush on Wells since he was on JoJo Fletcher's season of The Bachelorette in 2016. 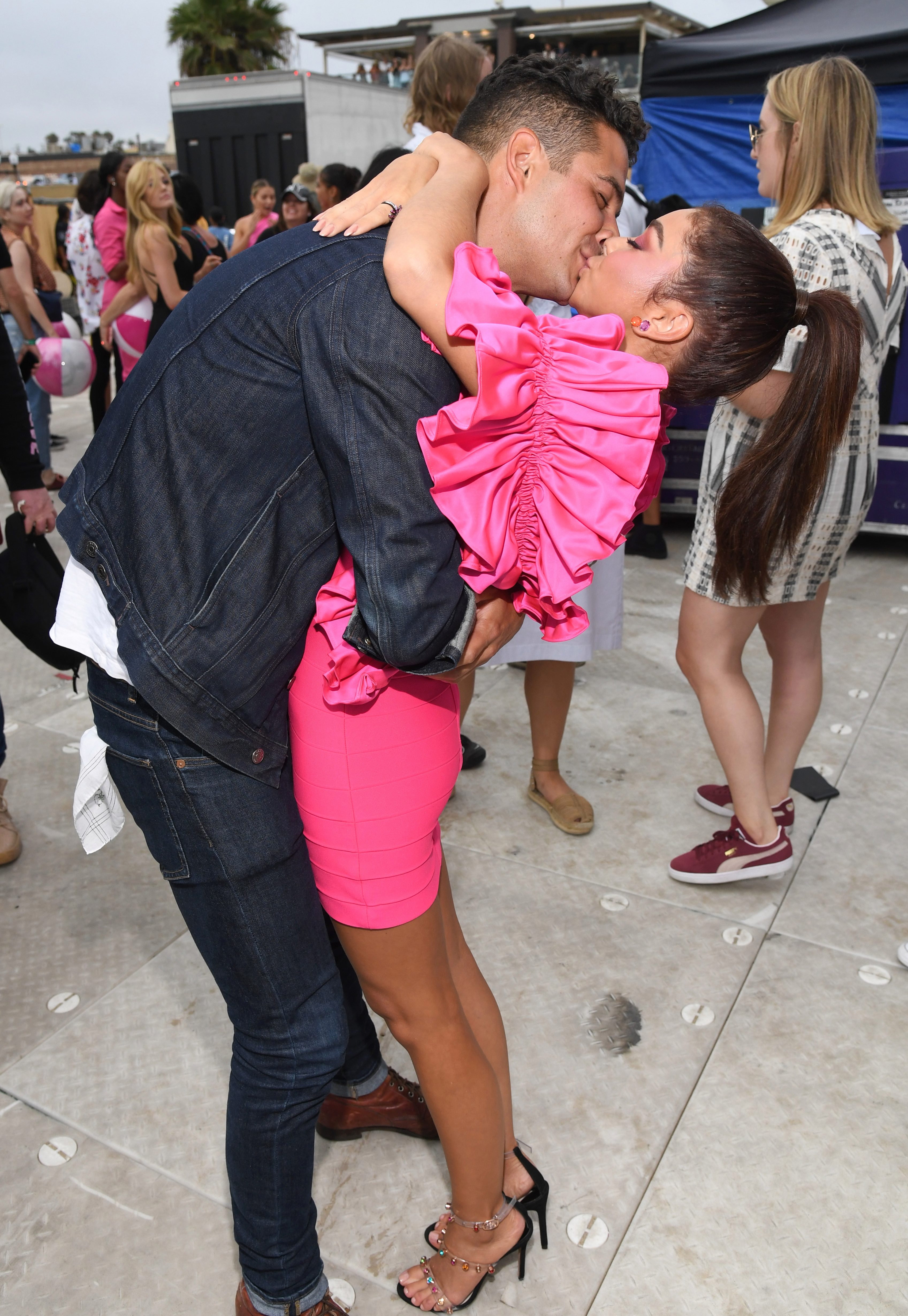 "Have you seen those memes of ‘Slide Into the DMs’? That. He slid into my DMs.

The bold move worked. "I was single, obviously, and was like, ‘This is really awesome.

You’re being very forward and it’s sexy and not aggressive, but very confident and sexy,’ and I liked that," she added.

The couple sparked romance rumors as they attended a Halloween party with a Stranger Things couples costume.

A month later, they confirmed their relationship to E! News.

The pair moved in together in 2018 and by July of 2019, they announced their engagement.

Wells popped the question on the beach during a vacation in Fiji.

She revealed that they went on all of two dates before she had to undergo her second kidney transplant.

Wells flew from Nashville to LA to see her on weekends while she was in recovery.

They previously halted their wedding plans over safety concerns due to the coronavirus pandemic.

Sarah suffers from kidney dysplasia and is immunocompromised, so she's at a higher risk for contracting the viral respiratory illness.

What does Wells Adams do for a living?

Wells has worked as a radio host in Nashville, including iHeartRadio stations Alt 98.3 and 105.9 The Rock.

Wells was a contestant on the 12th season of The Bachelorette opposite JoJo Fletcher.

He was eliminated in week six.

Yet, due to his elimination, he joined the rejected contestants from The Bachelor and The Bachelorette in Bachelor in Paradise.

Wells appeared on the third season of Bachelor in Paradise.

However, he was eliminated in week six, after his split with Ashley Iaconetti.

He returned again for the fourth, fifth season, and the sixth season of Bachelor in Paradise, replacing Jorge Moreno as the hotel bartender.