Where is Bachelorette's Tayshia Adams?

THE Bachelorette finale aired on Tuesday night, but when co-host Kaitlyn Bristow stepped in front of the live audience without Tayshia Adams, fans began to worry.

So why wasn’t Tayshia in Michelle Young’s live finale and “After the Final Rose” special? Here’s everything fans should know: 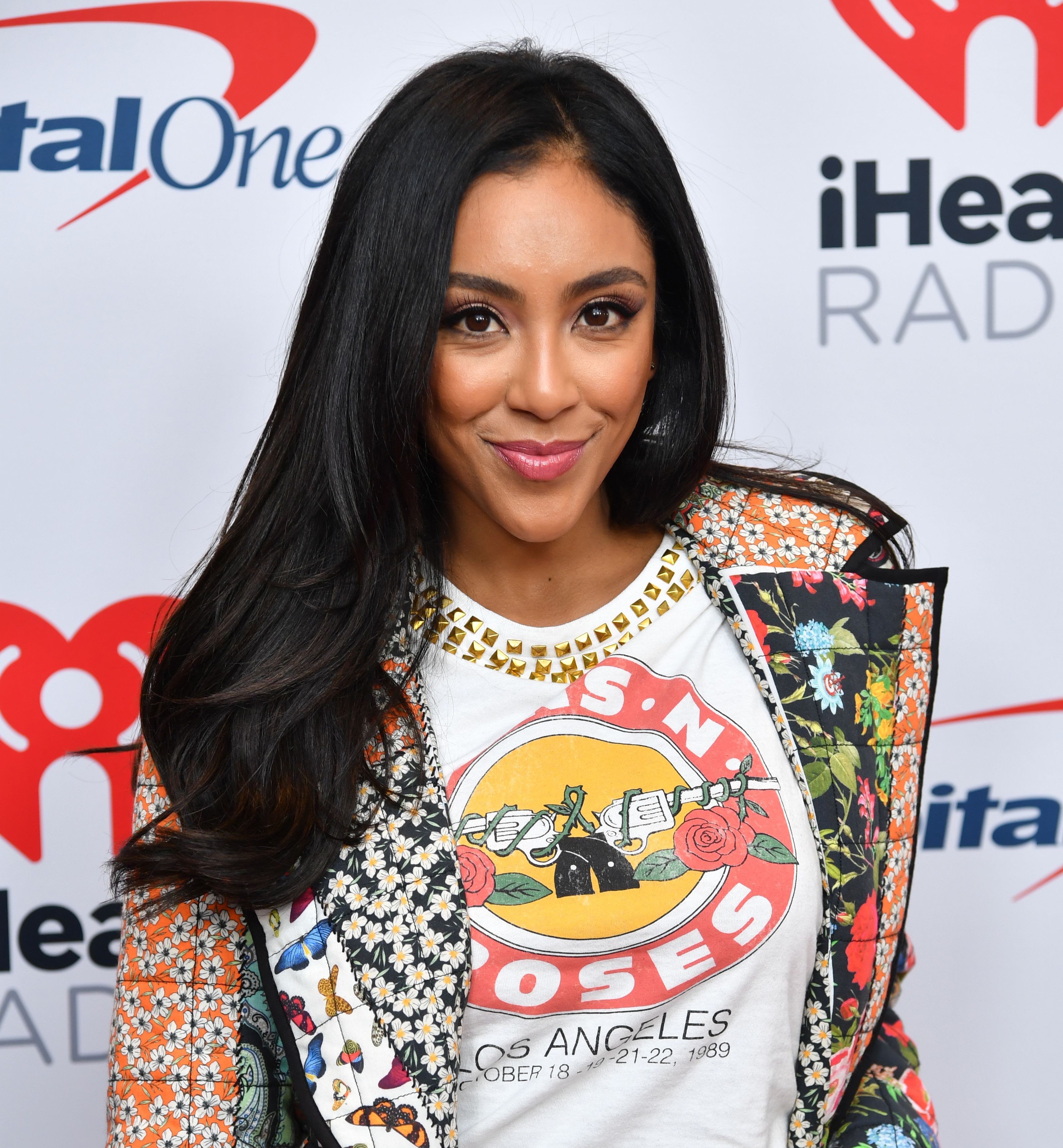 Where is Bachelorette's Tayshia Adams?

On Dec. 21, The Bachelorette Season 18 live finale dropped its first major shocker as it aired without Tayshia.

Kaitlyn walked out onto the festive stage on her own, despite sharing hosting duties with Tayshia for two seasons.

Fans were surprised that Tayshia was absent on a night that is traditionally touted as the most dramatic ever.

At the start of the finale, Kaitlyn revealed that Tayshia was exposed to coronavirus and would not be able to make the last episode of season 18's 'After the Final Rose'.

"Was recently exposed here in NYC and out of abundance of caution, I didn’t travel to ensure all are safe on set!

"Tonight is your night @michelleyoung, I’m here in NYC rooting for you as always!!"

Fans rallied around the TV Host, sending her best wishes as one wrote: "Stay well, stay safe. Sending positive vibes. We miss your presence and your laughter tonight. Praying Michelle finds her happily ever after."

How long has Tayshia Adams had Covid?

Kaitlyn announced that Tayshia had recently been exposed to COVID-19 and would not be appearing during the live portion of the episode.

This may have been a shock to viewers, but reports of the recent outbreak of the Omicron variant in New York have told of the virus's rapid spread in recent weeks.

Tayshia has been spending time in New York City, where her ex Zac Clark lives, and is one of the hotspots where the virus is spreading most rapidly.

Though Tayshia has not tested positive for Covid, she is remaining in isolation in New York until she has had a confirmed negative test. 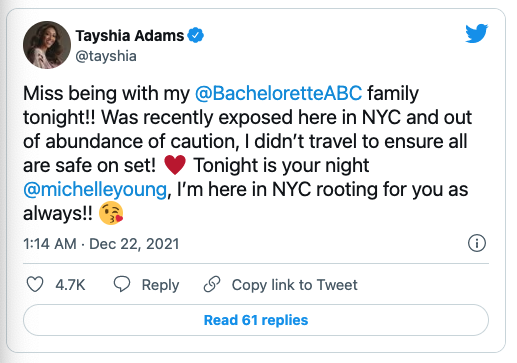 How is Tayshia Adams doing?

It is not known if Tayshia has tested positive for Coronavirus, but, she has said in a series of social media posts that she is sad to be missing the final.

She wrote on Instagram: “But that does not mean I will not be turning in, popping my popcorn, enjoying it all."

She also cheered on her co-host from home: “@kaitlynbristowe love you so much, I’m there in spirit! I’ve cried a lot about not being there tonight but gotta make sure my @bachelornation fam stays safe & healthy.”

Last month, Tayshia was hospitalized after running the NYC marathon alongside her ex-fiance Zac with a severe kidney infection.

She shared that her recovery was extremely painful, but she felt better enough to attend an event a few days later and even wear heels.

Tayshia, who was one of two leads during the 2020 Bachelorette cycle, ended her season engaged to winner Zac Clark.

The pair recently called off their engagement and she said she was “heartbroken” over the breakup: “We tried really hard, and I still love him very much. And I’m not sure that the future holds.” 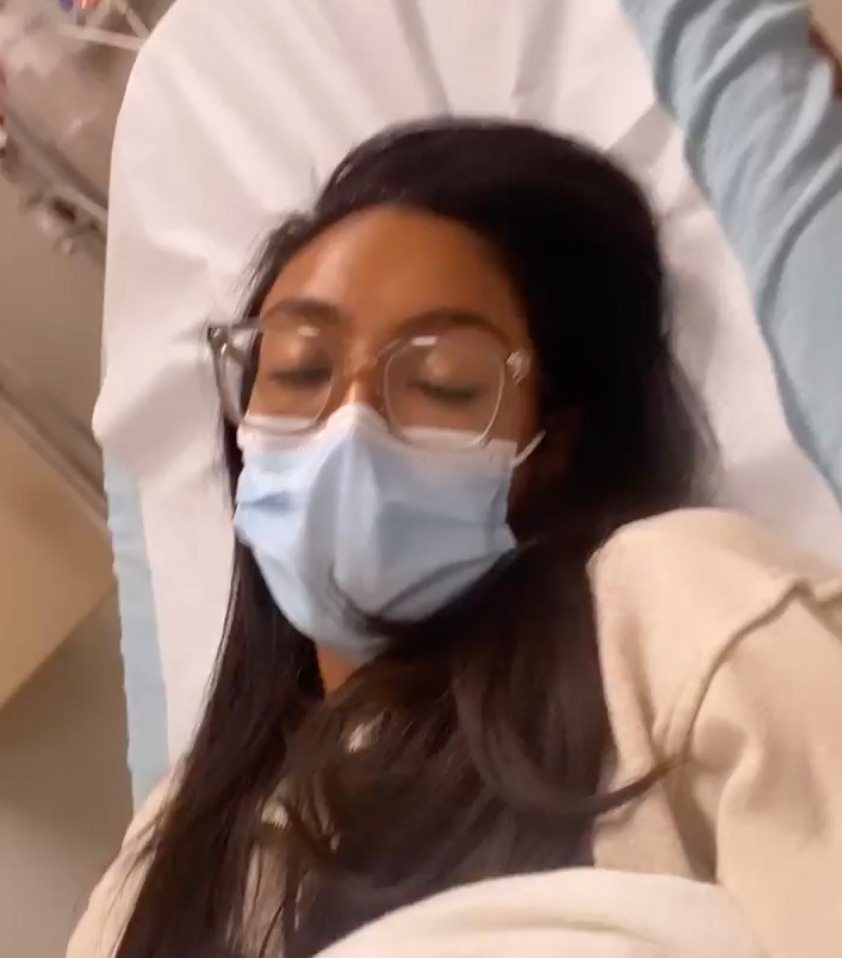