COBRA Kai star Xolo Maridueña is moving from television to film in his new endeavor into the DC universe.

The 20-year-old is best known for his role as Miguel Diaz in The Karate Kid spin-off, Cobra Kai, in 2018.

Who is Xolo Maridueña?

Xolo Maridueña, whose full name is Romário Xolo Maridueña entered the Cobra Kai TV series at 16 years old but got his start in 2016 on the show Parenthood.

The YAS program trains young actors and says it is "a process-oriented school" that carries out the mission "to train actors to make strong choices, get out of their heads, and into their hearts."

Before he took the role of Miguel Diaz on Cobra Kai, Maridueña had prior martial arts experience, albeit it was from ten years prior.

"I did one year of karate in the first grade," Maridueña said in an interview with Cryptic Rock.

He said the audition said if the actor had karate experience, it would give them a better chance of securing the role.

"After booking the role I thought, 'Well, I went for a year of karate, I'm athletic, this should be a breeze,'"Maridueña said.

"I went in for the first day of training before we even started to film season one, and our film coordinator kicked my butt! It was so brutal, I never regretted feeling cocky so much in my life."

Where is his acting career headed next?

Maridueña is stepping into the DC universe to become the next live-action comic book superhero.

His role will pull him into the uniform of Blue Beetle. The character Jaime Reyes becomes the third person to take on the superhero role after two men had taken up the mantle.

In the DC-verse, the Blue Beetle superhero role is taken on by a man who has a history working with the scarab beetle, with the character Dan Garrett taking up the talisman first.

Dan Garrett was an archaeologist studying the scarab beetle in an Egyptian tomb when he was granted the powers to fight crime as the Blue Beetle.

Maridueña will now portray the third in the line of Blue Beetle characters as Jaime Reyes who becomes bonded by the same scarab Dan Garrett had gotten his powers from decades earlier. 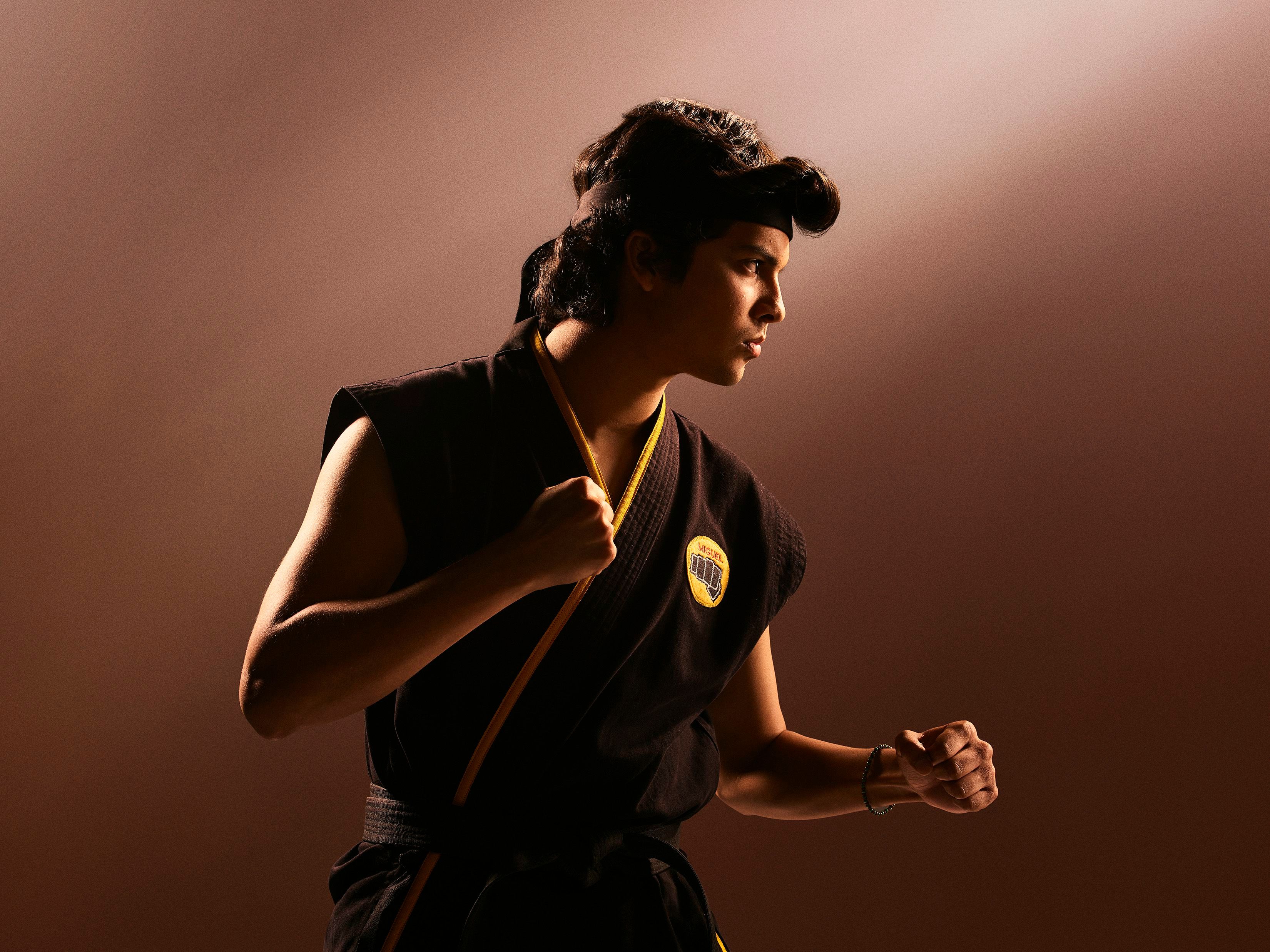 Maridueña says he will use his experience working on Cobra Kai to bring the appropriate fighting skills to his new role as Blue Beetle.

"The opportunity at “Cobra Kai” has really blessed me; I can do stunts, we can do crazy stuff," he said in a USA Today interview.

"Adding this new level of green screen and suits and CGI and all of this will add a whole new crazy level to it that I’m so excited for."

Although season four of Cobra Kai was released on December 31, 2021, it was confirmed that season five had already finished filming.

With filming for Blue Beetle not set to begin until later in 2022, Maridueña will continue to appear through season five.

He told Variety that he has no intention of immediately leaving the TV series and plans to continue in the role of Miguel Diaz.

"I would love to stick around for however long would make sense. … There’s nothing more dissatisfying than following a show as a loyal fan for years and then having it end not well," he said.

"So I hope the show ends when it’s supposed to and we can look back on it years later and say, 'We have the opportunity to do a spinoff 35 years from now because it ended with people wanting more.'”