“I am fascinated by this type of story and obviously there have been real-life stories that do go on and on and on,” FX on Hulu star says 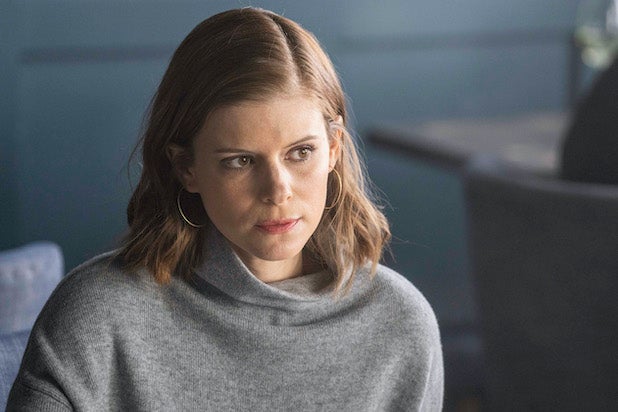 (Warning: This post contains spoilers for FX on Hulu’s “A Teacher” through its finale.)

The FX on Hulu limited series “A Teacher” concluded its 10-episode run last month with a finale that saw Eric (Nick Robinson) confront his former high-school teacher and sexual abuser, Claire (Kate Mara), 10 years after their inappropriate relationship had come to an end.

Their final meeting occurred in a public place, where Claire apologized for what she had done to the then-teenager — but still didn’t take full responsibility for her predatory behavior. Eric managed to stand up to Claire and then walk away from her, leaving fans to wonder how the rest of both of their lives would play out, given that Eric said they would both have to live with the trauma she had inflicted on him forever.

And you’re going to have to just keep wondering — or come up with your own answers — because Mara says that there will not be a second season of “A Teacher,” which was always intended as a limited series.

“I have heard a lot of people who love the show ask that question, ‘When is Season 2?’ It makes me laugh just because, no, to be honest, there hasn’t been and there was never really any discussion about more seasons,” the “House of Cards” alum told TheWrap. “I am fascinated by this type of story and, obviously, there have been real-life stories that do go on and on and on. You know, the Mary Kay Letourneau story, of course, is just one example of it. But listen, that’s such a flattering question that someone would ask to even think could there be more is such a huge compliment to us.”

FX on Hulu’s “A Teacher” was created by Hannah Fidell, who adapted the show from her 2013 film of the same name, loosely based on her own experiences as a victim of sexual abuse.

“I wish we were doing three more seasons of it,” Mara said, “but I don’t know how we would continue unless there was no time passing at all, because we’re both playing sort of older than we are [at the end].”

While there won’t be more of “A Teacher,” Mara would like to see new shows follow in its footsteps when it comes to telling stories of sexual abuse.

“Hopefully it opens the door to breaking stereotypes and opens the door to telling more stories from different points of view,” the actress said. “This one, specifically coming from the male victim’s point of view, which is very, very rare and important because then it makes it less, hopefully, less taboo for men who have had experiences where they are the so-called ‘survivor victim,’ that it’s less rare to talk about.”

Mara added: “I think breaking stereotypes is so important and it’s one of the great things about the business that we’re in that we’re able to tell stories from different points of view and hopefully open the door to people looking at things differently and having more empathy and compassion for different ways of life. That is the hope.”