Good Girls Season 4 has been one of the twistiest, steamiest yet. Since its premiere in 2018, fans have fallen in love with the cast — particularly Beth and Rio. Stars Christina Hendricks and Manny Montana have so much chemistry on the show, fans dubbed them “Brio.” However fun they are to watch, Montana just can’t relate. 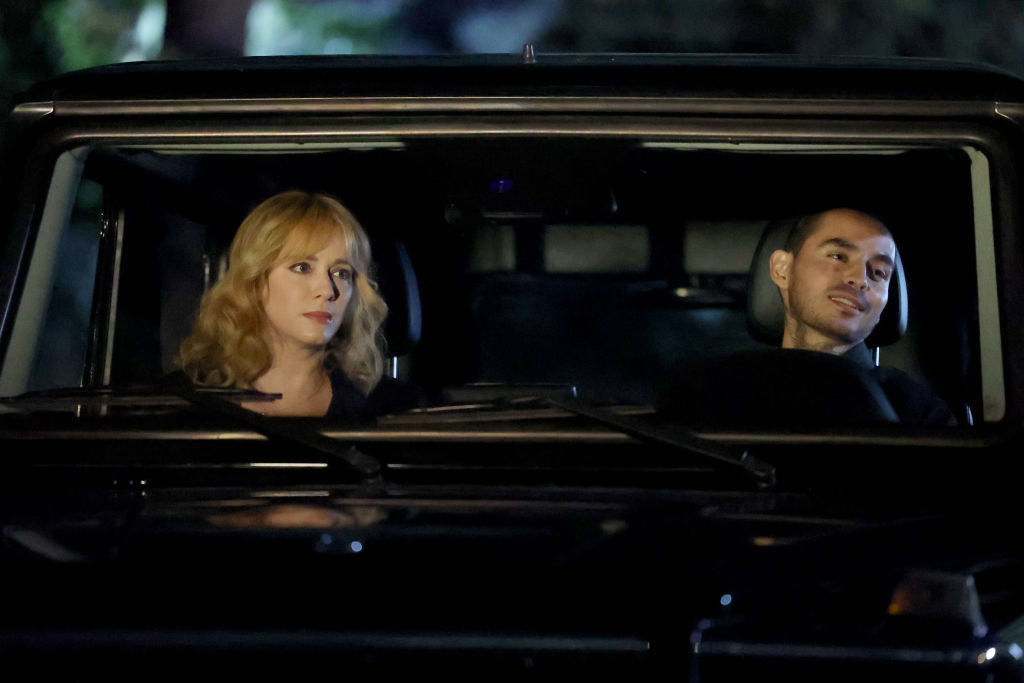 It may seem as though Montana is a natural on the screen but the Good Girls star never set out to be an actor. In fact, his journey as a first-generation Mexican-American began with a football scholarship from California State University Sacramento. Eight injuries later (dislocated shoulder and arm injuries) led Montana to change pace.

After transferring to California State University, Long Beach, Montana majored in Journalism and Broadcasting. He then picked up a gig as the college’s radio DJ leading him to a position at a well-known radio station. In all of that, acting, though an interest, wasn’t something he ever thought he could do.

“Acting also just seems like something that doesn’t happen to the first-gen kid whose dad works in a warehouse and whose mom has always had odd jobs,” he previously told his [now] wife, Adelfa Marr in an interview.

“I never imagined this happened to people who came from normal families. Because of that though, I never shared that I wanted to become an actor with too many people because it seemed like a far reach to them and I hated hearing, ‘Make sure you have a side job or a degree.’ So I like to move in silence and just surprise people with my work.”

Montana’s role on Good Girls may feel real, but fans might be surprised to learn that the star can’t relate.

“I don’t know how to be that cool intimidating guy. When I get into it with people on the street, I just want to yell; it makes me want to be more like Rio,” he said.

“Imagine yelling at someone and they’re like *deep, calm, scary voice* ‘okay cool, come see me outside then.’ You’re going to be like ‘Ahh! I f*cked with the wrong dude!’ So I want to be more like Rio in that sense.”

He also admitted that, because of his heritage and playing someone like Rio, some perceive him as “threatening.”

“People feel like I’m being threatening when I’m just talking,” he said. He added that he also doesn’t think he’s “feeding into the terrible things people already think about minorities,” by playing [what some think is] a stereotypical character.

On the show, Montana’s Rio is the kind of “bad” guy fans hate to love and love to hate. His tense money laundering relationship with Hendricks’ Beth and their will-they-won’t-they has come to fruition a few times, ultimately cementing them as a modern Bonnie and Clyde of sorts.

Through the course of four seasons, fans have been pretty vocal about wanting more Rio, more Brio, and more steam.

“He makes the showwwww,” one fan commented on the show’s Instagram page.

“He is going to tell beth he is In love with her. And they become a couple. But that would be awesome. #makebriohappen,” another wrote.

“Omg every episode I wait for him to say that he is in love with Beth,” another added.

Whether Montana set out to be an actor, it’s clear he’s an integral part of the show. He might not be like Rio in real life, but we’re willing to bet most fans won’t mind.