Home » TV & Movies » Why Mia Farrow Is 'Scared' of How Woody Allen Will React to HBO's 'Allen v. Farrow' Docuseries

Why Mia Farrow Is 'Scared' of How Woody Allen Will React to HBO's 'Allen v. Farrow' Docuseries

“I worry that when this documentary comes out, he will be on the attack again,” Farrow says in the four-part docuseries 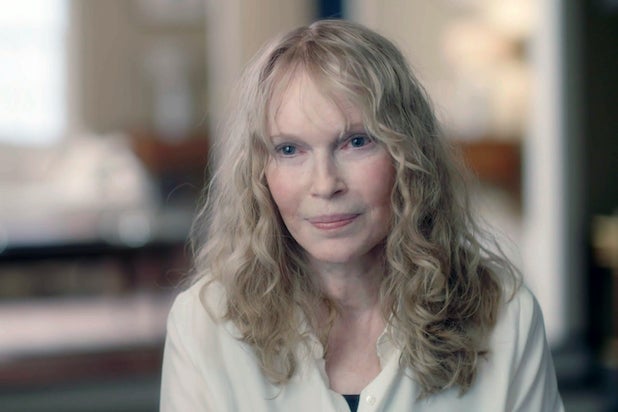 “I’m just scared. I’m scared of him, of a person who has no allegiance to truth, will do anything,” Farrow says in the final episode of “Allen v. Farrow,” which premieres this Sunday. “A person who will do anything is somebody to be scared of. So I worry that when this documentary comes out, he will be on the attack again. He’ll do whatever he has to do to try to save himself, you know, from the truths, from the mess he made.”

“If I could take it all back, I would. I wish I’d never met him, of course,” she adds. “That’s my great regret of my life, to bring somebody like that — he should have never been in the family.”

The four-part docuseries directed by Kirby Dick and Amy Ziering — the two filmmakers behind “On the Record,” the HBO Max documentary examining the sexual assault accusations against Russell Simmons — pieces together court documents, interviews and home footage taken by Mia Farrow, including tapes where her daughter Dylan Farrow, then 7 years old, recounts being sexually assaulted by Allen. In addition, it reexamines Dylan’s account, both as a child and now as an adult, and the high-profile custody battle between her parents.

The series also provides an incisive look at how Allen and Mia Farrow, in particular, were portrayed in media coverage and treated by the entertainment industry in the years before and after the #MeToo movement grew in prominence in Hollywood.

Allen, who did not participate in the documentary, has repeatedly denied sexually assaulting Dylan Farrow.

“Allen v. Farrow” premieres this Sunday on HBO at 9 p.m. ET/PT. Episodes 2-4 will air the following Sundays at the same time.