Home » TV & Movies » Why NBC Will Take Back the Golden Globes: Have You Been Drinking? Its the Ratings

Why NBC Will Take Back the Golden Globes: Have You Been Drinking? Its the Ratings

Raise a pint: the Golden Globes are (reportedly) coming back to NBC. Despite the Hollywood Foreign Press Association’s very public falling out of favor, the return of the Golden Globe Awards as a telecast are certainly no shocker — not when you consider the TV ratings.

The January 5, 2020 (so, pre-pandemic here in the U.S.) Golden Globes hosted by Ricky Gervais earned 18.4 million live viewers, according to Nielsen, down just a hair from 2019’s 18.6 million total viewers. In 2019, the last full year without the Covid pandemic upending production, the Globes were NBC’s number-one non-sports telecast of the entire year. By comparison, just 11 of the 18 “Sunday Night Football” games — the most-watched regular primetime-TV series each season — scored larger audiences than the Andy Samberg- and Sandra Oh-hosted year.

Still, the memory of those pre-Covid audiences remain fresh. The 2020 Golden Globes’ audience was super close to what CBS’ Grammys got around the same time and only a few million viewers shy of that year’s Oscars, which averaged 23.6 million audience members. (The disparity between the Globes and the Academy Awards was previously much larger.) The Golden Globes, which include both movie and TV awards, has always performed far, far better than the Emmys.

But the year after “Schitt’s Creek” won Best Television Series – Musical or Comedy at the Golden Globes, the schitt hit the fan for the HFPA via a February 21, 2021 Los Angeles Times exposé about the organization’s self-dealing and other ethical issues. From there it was off to the races (and off to uncovering the racism: the HFPA had zero Black members, which soon consumed the narrative) with one controversy after another until NBC ultimately shelved the 2022 ceremony. (There were still nominees and winners: find those here.) 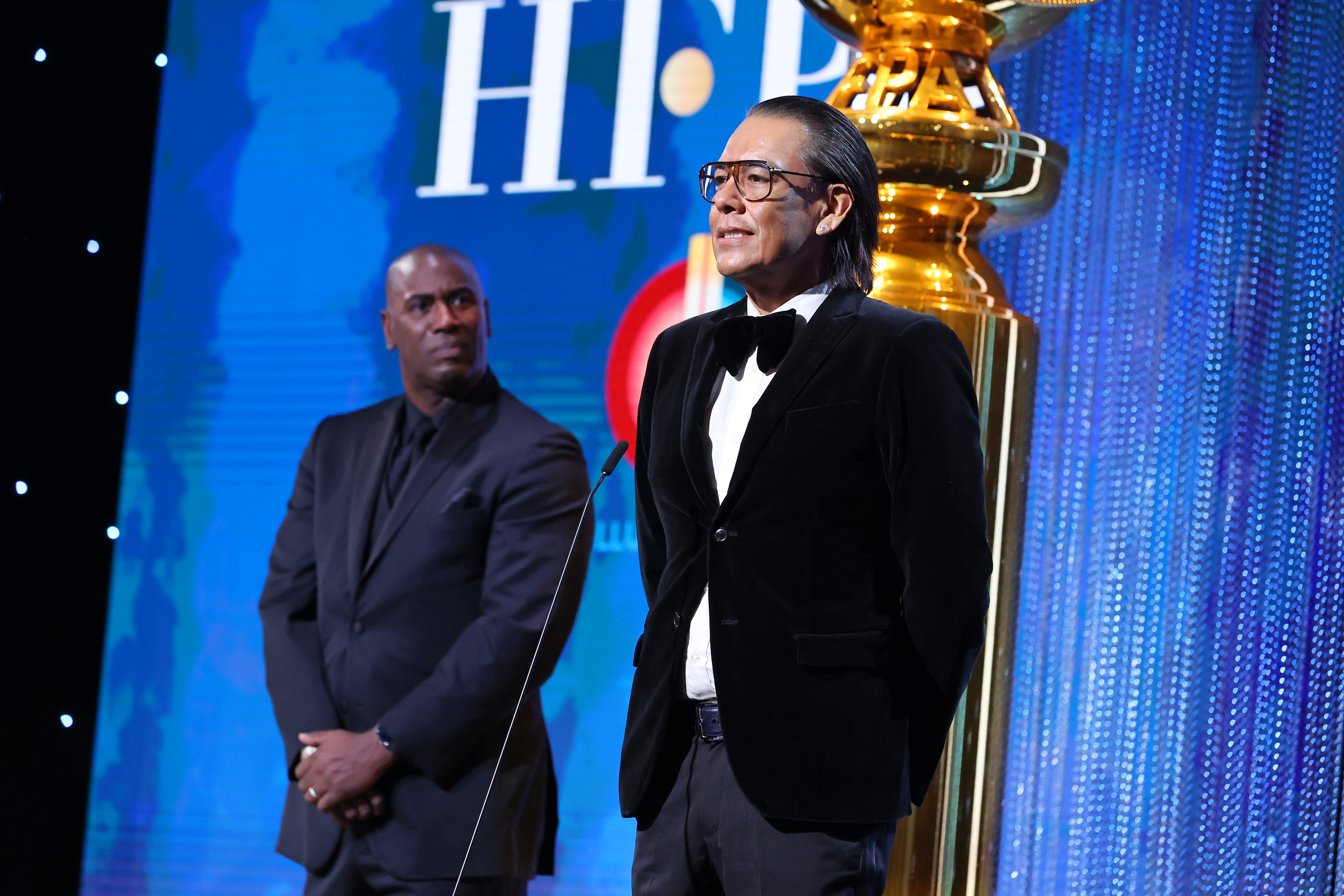 So while the Golden Globes certainly had its shortcomings, TV ratings were never among them. A large group of live TV viewers carry a major premium for the host network: NBC made $50.3 million in 2021 advertising revenue from the program, according to Kantar research, which is less than half what the Oscars rake in. (NBC made $47.5 million in 2020.)

In the past, NBC paid the HFPA and DCP $60 million per year to air the ceremony. With the show banished in 2022, and the HFPA’s still-ongoing process of industry reconciliation, NBC could be in a position to renegotiate that license fee. NBC has declined to comment on the 2023 return of the Golden Globes, as first reported by The Hollywood Reporter.

The Globes give trophies for both TV and film, drawing on the accessibility of the small screen and the prestige of the big screen. They also served as the first major awards show of the calendar year, which comes with an intrigue advantage.

The Beverly Hilton International Ballroom’s open bar was another major boost. The boozy awards show was just more fun than the stuffy Oscars and the Grammys. Of course, that loosey-goosey vibe may be a relic of the HFPA’s pre-problematic (publicly, at least) era. After a year of losses, humiliations, and (hopefully) soul-searching, the 2023 Golden Globes may have all the joy of a cash bar.