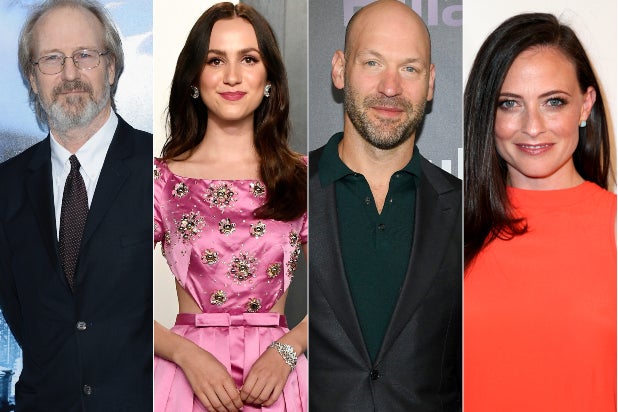 Additionally, AMC Studios has signed an overall deal with “Pantheon” creator and showrunner Craig Silverstein to develop and produce new series for AMC Networks’ Entertainment Group as well as other content companies.

Based on the short stories of Ken Liu, “Pantheon” takes place in a society in which human consciousness is uploaded into a cloud called “Uploaded Intelligence.” Chang stars in the eight-episode first season as Maddie, a bullied teen who receives mysterious help from someone online. The stranger is soon revealed to be her recently deceased father, David (Kim), whose consciousness has been uploaded to the Cloud following an experimental destructive brain scan.

“Craig is simply an incredible talent and we’re thrilled to further our partnership with someone who has been an appreciated member of the AMC Networks family for some time,” Dan McDermott, president of original programming for AMC Networks, said. “His brilliant work and writing have introduced viewers to truly unique worlds, anchored by compelling characters and told with an original voice, and Pantheon is no exception. We’re excited to work with him across our first-ever animated series and, hopefully, more projects to come.”

In addition to Silverstein, Liu serves as consulting producer on “Pantheon” with Titmouse Inc. animation studio attached. Produced by AMC Studios, AMC has placed an initial order for two seasons of the speculative fiction series, with each season consisting of eight one-hour episodes.