This Morning returned to ITV today with the first instalment of the week and Holly Willoughby and Phillip Schofield were back presenting the popular magazine show. Joining them on the blue sofa was Lenny Bannon and his wife Pat, to discuss how Lenny’s father, Bernard, a celebrated war veteran and former mathematician was scammed out of £70,000 worth of life savings.

Lenny explained how his father sadly suffered from dementia and it wasn’t until he passed away in 2016 did Lenny realise the full extent of Bernard’s scamming nightmare.

“What type of a guy was Bernard, because he was a war hero wasn’t he?” Phillip asked.

“He was a man’s man, he liked to go to the pub, meet his friends, have a drink and talk, mostly about the war,” Lenny explained.

Six years before he passed away, Bernard began showing signs of dementia, and it was roughly around this time the scams began. 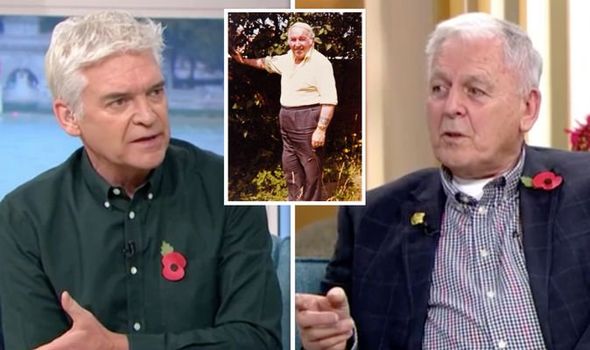 “How do you think he got caught up in this?” Holly remarked.

“I don’t know. It started somewhere along the line where he has sent for something and he didn’t really know, using the card properly on the phone, because he was totally deaf, and he didn’t have much eyesight at the time,” Lenny said.

Pat added: “He used to buy books and I think it started there, when you give your bank details.

“When we discovered the horrendous amount of mails and parcels [he had been sent], we asked him ‘what’s all this, where’s this come from?’ [And he’d reply] ‘I don’t know, they just send it to me.’” 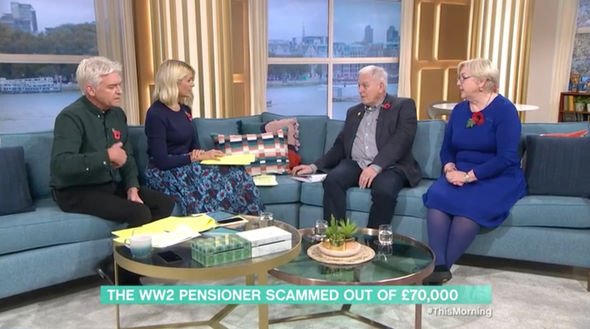 Holly clarified: “You get into this vicious cycle, once they’ve got your bank details, you’re on this list as someone who’s giving money over then they keep coming for you.”

in 2015, Bernard was hospitalised and Lenny and Pat visited his house and realised the extent of the scamming.

“Parcels were stashed away everywhere,” Lenny said as Pat added: “The parcels took two days of packing up, when we emptied his house.”

“There was nothing in the parcels he would’ve ordered in a sane mind, like ladies hand creams, washing up liquid, bottles of black medicine, stale biscuits and cakes from France,” Lenny continued. 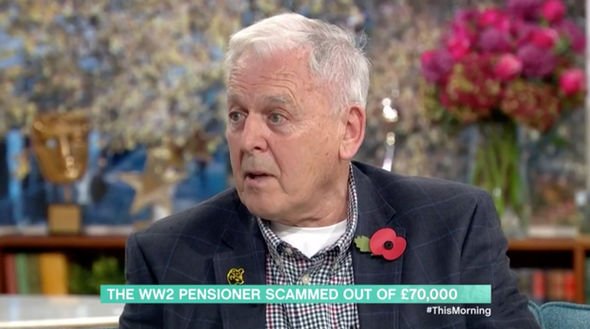 The pair then revealed how “secretive” the elderly gentleman became and how “he would shred everything”.

As for how Lenny and Pat dealt with the situation, they contacted Bernard’s bank, TSB to deal with the matter.

“He’d got locked into this dreadful pattern, he didn’t know they were taking money out of his account. You went to the bank, was this after his death?“ Phil asked.

“No, before his death, in 2014 I went to the bank and explained everything to them about my father,” Lenny said.

Lenny, with the help of the bank manager stopped all outward payments to the scammers except the direct debits for necessary facilities.

But sadly they didn’t recover any of the money which was stolen from Bernard.

If you or anyone you know has been affected by fraud, please contact the charity Think Jessica via email on [email protected] or visit their website here for advice and information.