[Editor’s Note: The following article contains spoilers for “The Haunting of Bly Manor,” including the ending.]

If there’s a theme running through reviews of Netflix’s “The Haunting of Bly Manor,” the second installment of Mike Flanagan’s horror anthology, it’s that “Bly Manor” simply isn’t as scary as its predecessor, “The Haunting of Hill House.” In a way, critics aren’t wrong. There are certainly fewer ghoulies lurking in the background of dimly-lit scenes this season and no mysterious figure quite as singularly disturbing as the bent-neck lady of “Hill House.”

But horror is subjective and while “Bly Manor” doesn’t worry itself as much with jump scares, it does indulge in a slow-burn terror, which builds incrementally until its final moments and beyond, in which its tale leaves the viewer with such existential dread that it lingers long after the season concludes.

Strip each season of its supernatural elements and you’re left with straightforward stories of pedestrian woes. In “Hill House,” that means grappling with the idea that as much as family can bear you up, they are uniquely qualified to destroy you. But “Bly Manor” is far more insidious with its fear mongering; it expands beyond the trauma we visit on others, and instead encompasses all that horror we bring upon ourselves.

Early in “Bly Manor,” Dani, the newly hired nanny, and Owen, the estate’s chef and sometimes driver, have a conversation while on their way to the titular manor, and the latter gives a little insight to the nearby small town, Bly, that gives the estate its name.

After the nanny, an American expat, remarks that there are worse places to get stuck than the English countryside, the cook, a Bly native whose previous studies in France were interrupted by family demands back home, suspects otherwise.

“I’ve actually never liked Bly. The people here, most of them, they’re born here, they die here,” Owen says. “This whole town is one big gravity well. And it’s easy to get stuck.”

This is, it turns out, the key to every element of fear within “Bly Manor.” Not gravity wells, per se, but the way that each person faces theoretical gravity wells in their own life. An idea that every area or incident or memory or emotion or person has its own gravitational pull on us and, if we’re not careful, we’ll get trapped in it for our entire lives. 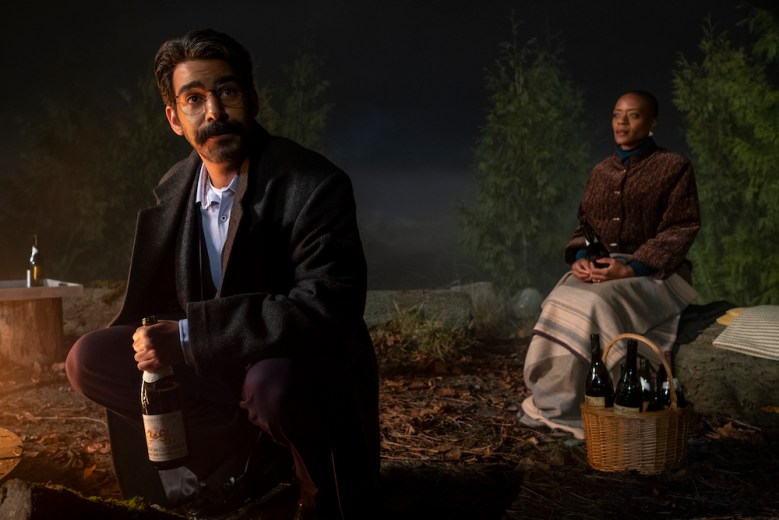 Rahul Kohli in “The Haunting of Bly Manor”

Dani is in England because she’s running from the death of her fiancé, for which she feels responsible. But she finds no respite from his spirit until she finds a way to free herself from the weight of her guilt.

Owen is in Bly caring for his sick mother, whom he loves, but finds a tremendous burden. He feels guilty for his resentment and sorrow for the loss of his mother, who in many ways is already gone. He’s trapped in Bly for as long as he has to live his life in service to her.

Henry Wingrave, the man who hires Dani, is trapped by his guilt over the death of his brother, his affair with the brother’s wife, and the happiness he stole, only to be tortured by himself and his alcoholism for years.

Peter Quint, Wingrave’s one-time assistant, is trapped by his cruel upbringing courtesy of abusive and negligent parents whose actions haunt him long after he’s grown and seemingly escaped them.

Hannah, the housekeeper, is trapped by death itself, unable to come to terms with the manner of her death and persisting in her existence, no matter how painful, in an attempt to hold together the house and family to whom she was so devoted.

This happens again and again throughout “Bly Manor.” We see individuals trapped in their own lives. No matter how hard they struggle, they cannot escape the gravity of these moments. And time and again, characters learn that the only way forward is through acceptance and forgiveness. Except that, more often than not, it’s not gravity that locks them into place. It’s the fact that they cannot let go.

And it’s scary. Maybe scarier in a year when, despite how unprecedented events have been, days seem to slip by in a daze, a melange of routine and rut. Locked away from each other and forced into our own bubbles, every home suddenly feeling like its own gravity well.

But, it turns out, that’s not actually the scariest thing in “Bly Manor.” 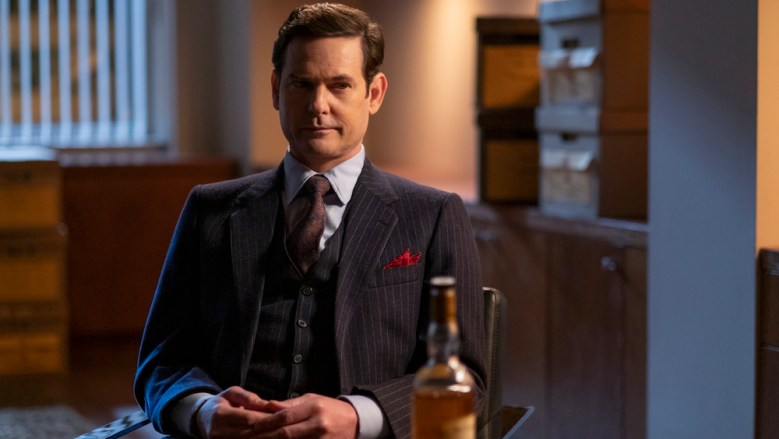 Henry Thomas in “The Haunting of Bly Manor”

No, the most frightening idea in “Bly Manor” is not that a person could live their entire life trapped by a wayward emotion or event. It’s the thought that they could also be locked in that same airless moment long after their death.

That was the case for Viola Willoughby, whose spite saw her spirit reject the demands of death, only to end up trapped within her beloved house. Whose crowning glory was transformed into her prison and turned her into a monster as she sought that which she had lost so long ago.

Ghosts do not haunt. They are the haunted.

“The Haunting of Bly Manor” is streaming now on Netflix.